Neurodiversity is both a concept and a civil rights movement. In its broadest usage, it is a philosophy of social acceptance and equal opportunity for all individuals regardless of their neurology. The term is often used in reference to an ongoing campaign to end prejudice and discrimination against the autistic population. Some autistic children develop speech at a later age than other children, reflecting differences in language processing, which may include advanced written language abilities.

For more than a half-century, mainstream society portrayed autistics as tragically defective, lacking even self-awareness and the capacity for basic emotions. This horrific stereotype caused many small children, some as young as 2 or 3 years old, to be placed in abusive institutions or abusive behavior modification programs. Dangerous antipsychotic medications have been prescribed for autistic children, although autism is not a psychosis. In the schools, autistic children often are segregated into separate classrooms. Their parents may be told that they will never be able to hold a job, live independently, marry, or have families of their own (although many autistics have done all these things). Organizations routinely solicit donations for autism genetic studies, which have included efforts to develop prenatal screening tests for purposes of eugenics.

As with other prejudices, the way to put an end to the mistreatment of autistics is to confront it by raising public awareness of the civil rights issues. In support of this effort, the Ventura33 Fanfiction Universe hosts a collection of neurodiversity-themed stories. From June 2005 through June 2008, a new round of stories each year addressed the issue of social attitudes toward autistic characters or others with unusual neurology in the Star Trek universe. The stories have been posted below for your reading pleasure.

Another neurodiversity-themed story entitled The Waking Man, featuring Sarek after he develops Bendii syndrome, is part of this collection but has not been reposted here. It can be found on Wildcat’s fanfic site. 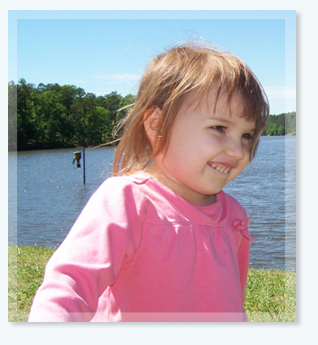 In Memoriam — Katherine “Katie” McCarron
A beautiful, precious, and happy little girl
Murdered for being autistic, May 13, 2006